As revealed in today’s Times, a source told the newspaper the government came “within a whisker” of implementing the plan at the last Budget, but stopped short because the risk was said to be too great. 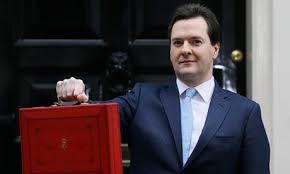 The move would mean basic-rate taxpayers paying 32% of their earnings and higher-rate taxpayers returning 52%. Employers’ NI contributions are likely to remain unchanged under the plan.

One anticipated risk was merging two computer systems, which could lead to an IT disaster similar to the one that blighted the introduction of Universal Credit.

The government source told The Times the Chancellor believes NI is a “stealth tax” and that a simpler tax structure would encourage public understanding of the system and give Brits a breakdown of how their taxes are spent.

Rory Meakin, research director at the Taxpayers’ Alliance, said: “This is great news and comes not a moment too soon.
“Less encouragingly, employer’s NI does not appear to be included in the plans. This is a shame, because so-called ‘employer’s contributions’ are the most pernicious, deceptive and dishonest section of National Insurance.

“They may be called ‘employer’s’ but economists are as good as united in believing that they fall on employees in just the same way as Income Tax and employee’s National Insurance.

“Worries about the ease of merging the IT software for the two tax systems caused the Chancellor to hold off. Nobody wants another government IT catastrophe, but Mr. Osborne should grab this bull by its horns and press ahead with the plan.”