HMRC is changing the way it issues penalties to employers who file late PAYE returns.

Up to and including 2013 to 2014, employers who do not meet their filing obligations may be liable to an escalating penalty, based upon the size of the employer and the number of months for which the filing default persists. 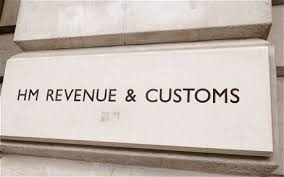 As part of HMRC’s transition to in-year PAYE Real Time Information penalties for late and non filing, it is changing its approach to issuing updated penalty notices for the same PAYE non filing default. These changes impact both the 2012 to 2013 and 2013 to 2014 tax years.

When a late return is actually received, in every case HMRC will issue a revised updated penalty notice showing the correct amount of penalty due.

For full information on this, read the HMRC notification here.

The Tax Faculty of the Institute of Chartered Accountants in England and Wales (ICAEW) says that, for the past couple of years, to avoid shocking employers with escalated PAYE penalties some months after a missed end of year deadline, HMRC has been issuing penalty notices earlier.

“The problem HMRC is trying to pre-empt would otherwise occur after October 2014 when new in-year penalty rules first come into effect,” said the ICAEW.

“Employers incurring these will be getting their first penalty notices in January 2015, which is when HMRC would traditionally also have been sending out the next batch of chasing end of year penalty letters for any older outstanding returns.”