Difference Between Self Employed and a Worker

Is a person who is unequivocally classified in his written contract as being in business on his own account incapable of being a worker for the purposes of the Working Time Regulations 1998? 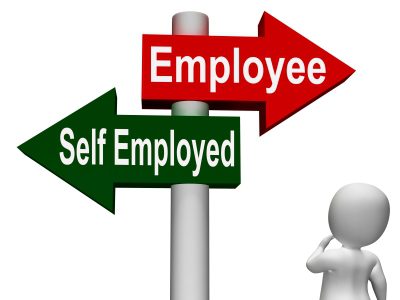 f subcontractors. Potensis in turn contracted with the Respondent (Boss) for the provision of individuals. Payment was made down the chain to Boss, who in turn paid the Claimant.

The Claimant’s contract with Boss described the Claimant as a ‘subcontractor’ and ‘in business on his own account’. It gave absolute discretion to substitute or delegate his workload or hire assistants for which he was solely financially responsible. It permitted the undertaking of other work before, after or concurrently with work for Boss. It explicitly provided no entitlement to holiday or sick pay and rendered the Claimant liable for his own tax and national insurance.

Mr Justice Mitting (sitting alone) found contractual terms, however watertight, do not provide a complete or reliable definition of the nature of the relationship between the parties to a contract.

The EAT continued to conclude the Claimant could not have been expected to have read every page and, in the circumstances, the tribunal was right to look to substance as well as form. He concluded the substitution clause was never intended to be used by either party and observed the Claimant brought none of his own tools to the job. As such, despite express contractual provision otherwise, the Claimant was a worker.