Employers – How to tell HMRC that your business has ceased

Employers who no longer need their PAYE scheme can avoid non-filing Generic Notification Service (GNS) messages and penalties by ensuring that they make their final submission correctly.

The actions for employers to take will depend on what type of final submission they are sending, and for what tax year: 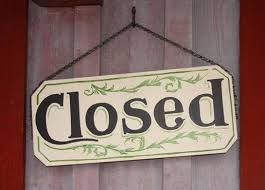 This will ensure that HMRC’s systems are updated to record the PAYE scheme as ceased.

There’s more information, and details of the other actions that employers    should take when their business ceases, in the PAYE if your business closes or changes guidance.

Employers who have already received an interim penalty warning letter, but who:

However, if there is PAYE information still outstanding they should also    send an Earlier Year Update (EYU) to make a final submission for the year.

EYUs and EPSs may be available through payroll software. However, if this    doesn’t have an EYU or EPS facility employers can use the most appropriate    version of HMRC’s 2014 to 2015 Basic PAYE Tools

Employers should send their final 2013 to 2014 submission as soon as possible    to limit any penalty that is due. For full guidance read:

PAYE – final submission for the year and end-of-year tasks

If the employer was not reporting PAYE in real time before     it ceased, they should contact the Employers Helpline.